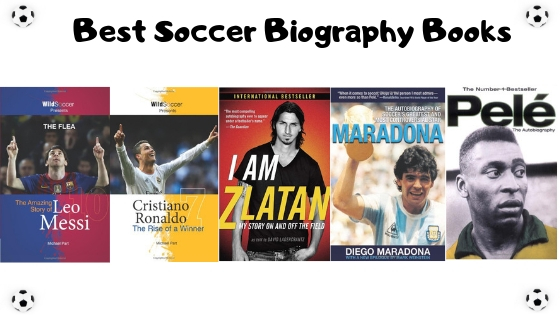 1. The Flea: The Amazing Story of Leo Messi by Michael Part 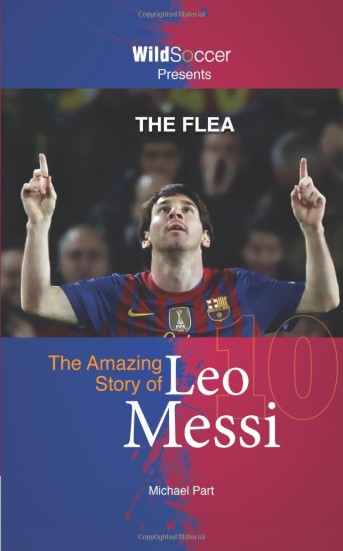 Argentine soccer superstar Lionel Messi was born on 24 June 1987 in Rosario, Argentina. Now he is playing as a forward at Argentina national team and Spanish Soccer Club Barcelona.

In his early age, he has diagnosed a rare disease named GHD (growth hormone deficiency). For his extraordinary talents, Spanish club Barcelona agreed to pay for his expensive medical treatment. So, he shifted to Spain and joined Barcelona's youth academy La Masia. Within a short time, he established himself as one of the finest soccer players in the world.

Now he is only 31 and has already broken all records. He also won record five Ballon d'Or awards, record five European Golden Shoes and many more.

2. Cristiano Ronaldo The Rise of a Winner by Michael Part 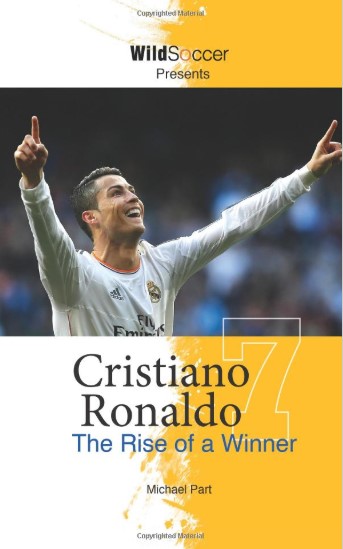 He is considered as one of the great soccer players in the world. Like Lionel Messi, Ronaldo also won five Ballon d'Or awards and European golden boot. In his career, He already played in 3 best European football clubs (Manchester United, Real Madrid & Juventus). He is highest paid athlete. He won Euro 2016 cup with Portugal national football team. He is the leading goalscorer in both the Portugal national soccer team and European team.

In this book, you will get details information about Ronaldo's personal life, Struggle, carrier, Euro 2016 win, Ballon d'Or awards, European Golden Shoe award and many more. This book is nicely written. All chapter of the book is easy to understand and interesting. This book is very inspiring for young athletes. Everybody will love and enjoy it.

3. I Am Zlatan: My Story On and Off the Field by Zlatan Ibrahimovic 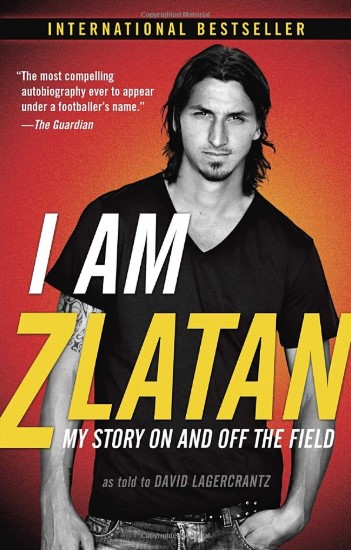 Swedish professional soccer player Zlatan Ibrahimovic was born on 3 October 1981 in Malmö, Sweden. Currently, he is playing as a striker for LA Galaxy.

He is well known for his creativity, speed, technique, strength and crossing ability. He scored more than 500 goals in his carrer. He is also the top goalscorer of the Swedish national team. He already dominated worlds top club football team including Juventus, Inter Milan, Barcelona, Milan, Manchester United, Paris Saint-Germain and LA Galaxy.

In this book, he told about his immigrant family, childhood, poverty, career, relation with teammates and clubs. He always did what he believes and love. You will learn how much struggle you need to do to become successful in life. Both his personal life and career are exciting. Every chapter of this book are well organized. He will love his way of telling. One of the best soccer biography book.

4. Pele: The Autobiography by Pele 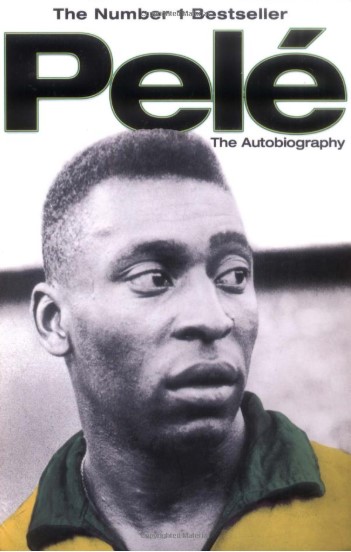 Brazilian professional soccer player Edson Arantes do Nascimento is known worldwide as Pele. He was born on Oct 23, 1940, in Três Corações, Minas Gerais, Brazil. He played as a forward.

When he was only 15, he started his soccer carrier by joining a local team. At the age of 16, He got the opportunity to play in the Brazil national team. In his international carrier, he won 3 soccer world cup with Brazil national team. In his professional career, he scored record 1281 goals in 1363 games. Also, he is the leading goalscorer of the Brazil team. He scored highest 77 goals in 92 games.

In this book, you will get a lot of information about this greatest soccer player of all time. You will learn how he started his journey from a poverty-stricken street of Sao Paulo, how he became the most successful goal-scorer in soccer history.

In this great book, he talks about his early life, whole soccer carrier with the national team and different soccer club, the story of record 1281 goals, 3 world cup, life after carrier and many more. It's full of pleasure to read the autobiography of Pele. You will learn a lot from this autobiography. Hope you will enjoy this excellent book.

I highly recommend this soccer biography book to all of the young athletes, who want to be great like Pele.

Maradona: The Autobiography of Soccer's Greatest and Most Controversial Star by Diego Armando Maradona 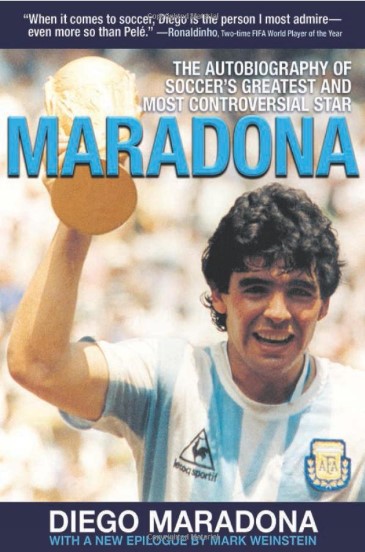 At the age of 16, Maradona started his professional carrier by joining Argentinos Juniors on 20 October 1976. Maradona played record 4 FIFA soccer world cup final and won 1 world cup with Argentine National Team in his international carrier. In his club career, Maradona played for Barcelona, Napoli, Boca Juniors, Argentinos Juniors, Sevilla and many more. He scored 34 goals in his international career. He was elected the best player of 1986 world cup tournament and won the golden ball trophy. He was also elected 'South American Player of the Year' 5 times.

In this soccer autobiography book, he wrote about his childhood, Poverty, how he became the best soccer player of all time, "Hand of God", world cup win, golden ball trophy, hard work, sacrifice and many more. Here you will get plenty of information about Maradona. If you are a soccer fan or a young star, this book will entertain you. This soccer biography book will also guide you on how to be a successful soccer player.

If you think we missed out any biography book, don't hesitate to write the name of the book in comment section below.  Check our best soccer training book review.